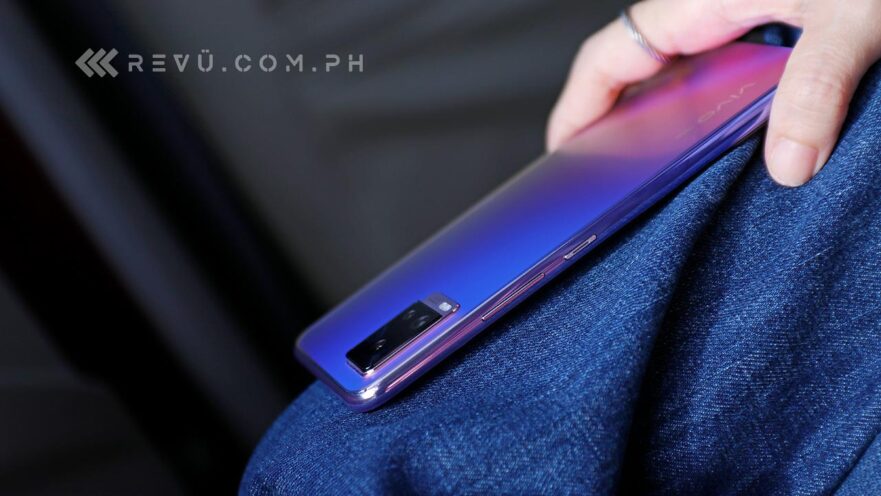 The Vivo S9 is an upcoming midrange Android phone that is tipped to launch March 6 in China. On top of that, the successor to the Vivo S7 5G — or the Chinese variant of the Philippines’ Vivo V20 Pro 5G — is expected to debut as the world’s first MediaTek Dimensity 1100-based device, among other things.

We have yet to see promotion materials for the product, which would confirm its existence and shed light on some of its design features and specs — until today, that is.

Trusted leaker Digital Chat Station has published the image of an offline poster featuring the Vivo S9 and a render showing its front and rear panels. And because the marketing material already shows what the sides of the handset will look like, we now have a good idea of what to expect hardware-wise. The shiny squared-off metal frame, the flat side buttons, the wide notch on the front — we’re getting strong vibes of Apple’s iPhone 12 series here. That’s probably no coincidence.

The images also confirm the presence of a triple-lens rear camera with hybrid zoom functionality. The Vivo S9 will get a 44-megapixel selfie camera in the notch, same as the S7 5G and V20 Pro 5G. Previously, the Google Play Console website has listed the device with a 1080p screen, Android 11, and 12GB of RAM.

As for the MediaTek Dimensity 1100 chip, which launched alongside the flagship Dimensity 1200 last month, it is fabricated on a 6nm process and integrates a Cortex-A78 core that the Qualcomm Snapdragon 888 and Samsung Exynos 2100 use as one of their big cores in their designs.

We already know that the Vivo X60 series will launch in the Philippines, though we don’t know exactly when just yet. Could the S9 be next, and will it be part of the V lineup, just like its predecessor? We’re optimistic.