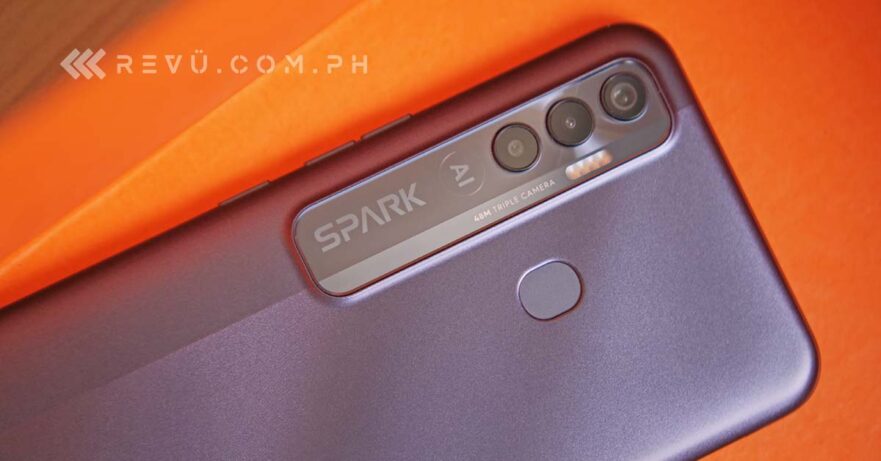 Just in time for its first anniversary, Tecno Mobile has launched the Spark 7 series, the direct follow-up to last year’s well-received Spark 6 series, in the Philippines. Being the marquee model in the family, the Tecno Spark 7 Pro has plenty to live up to.

The phone is officially priced at P6,990 (roughly $140 converted) at local retail for 6GB of RAM and 64GB of storage and P6,590 ($132) for 4GB RAM and 128GB ROM. Basically, your choice will come down to having more RAM or storage. We say pick the variant with more RAM, because the phone’s storage can be expanded with a microSD card if needed.

Pricing aside, it’s pretty clear that the Spark 7 Pro offers a number of upgrades from previous models, including a faster screen, a more powerful chipset in the MediaTek Helio G80, and a sharper rear camera. Do those specs translate to an excellent bargain-priced contender, though? Read our review to find out.

Like most other handsets in this price range, the Tecno Spark 7 Pro is encased in a plastic shell with rounded corners and a slightly tapered back. It offers good ergonomics, and some users might find the phone to be decent for one-handed operation. That’s a rather pleasant surprise considering the 5,000mAh battery under the hood.

You get a bit of texture from the rear panel, as well as a thick vertical stripe that runs across the camera bump, which sits pretty flush against the polycarbonate body. The matte finish also manages to hide fingerprints well.

From a hardware standpoint, perhaps the most interesting feature here is the rear-camera design. It’s pleasantly unexpected and adds a premium vibe to the exterior. The sleek, elongated camera module proudly displays the Spark branding along with three cameras headlined by a 48-megapixel image sensor and a quad-flash setup.

All the physical buttons are on the right-hand side. They’re tactile and easy to locate. As you might expect, there’s a fingerprint reader here, too. The sensor is located around the back. It’s fairly accurate and fast, and it gives you the option to unlock apps and files, accept and record calls, and dismiss alarms, on top of being able to unlock your screen. There’s also face unlock alongside the benefit of screen flash in dim environments.

The left side of the Tecno Spark 7 Pro houses a triple-card tray for two nano SIMs and a microSD card to expand the 64GB or 128GB of storage. There’s no 5G here, and you won’t find an NFC chip or IR blaster either, but those are forgivable for the price.

At the bottom, you’ll see a microUSB port flanked by a standard headphone jack and a single speaker. The Spark 7 Pro doesn’t support fast or wireless charging; you’re limited to a 10-watt charge using the included power brick and cable. And, yes, that pace will require some patience. In our tests, we found that a full charge from zero to full would usually take around 3 hours and 20 minutes.

The loudspeaker, meanwhile, is mediocre at best. Even when not physically obstructed, it sounds muffled and lacking in detail, especially at high volume levels. But then again, that’s nothing out of the ordinary given the bargain price point.

Impressively, the Tecno Spark 7 Pro includes a built-in FM tuner, so you can listen to most live FM radio stations in your area without a Wi-Fi or data connection. Simply open the preinstalled FM Radio app, select your desired frequency, and you’re good to go.

Elsewhere, the 6.6-inch LCD screen comes with a 1,600 x 720 resolution and a 90Hz refresh rate, more than what most phones in this price range offer (60Hz). The punch hole in the corner for the selfie unit is big, but not big enough to bother us.

A higher refresh rate means the screen refreshes more frequently — in this case, 90 times per second — which can make interactions feel smoother and more responsive, particularly when navigating the Android 11-based HiOS 7.5user interface. Of course, you can also drop the refresh rate to 60Hz if you’re looking to save a bit of battery life.

Gaming is another area where a faster screen usually makes a difference, with many modern games allowing frame rates higher than 60 fps. However, don’t expect the Spark 7 Pro to run graphics-intensive titles like Genshin Impact and Marvel Future Revolution at a solid 60 fps or higher due to its entry-level chipset.

As for the picture quality, the LCD panel used here isn’t the best or brightest in the category, but it’s certainly adequate for video streaming as well as casual gaming. It also has software features, such as Eye Care and Dark Theme to make nighttime viewing easier on the eyes. It doesn’t get bright enough for outdoor viewing, though. Meanwhile, the viewing angles are reasonably generous, allowing you to see the display in almost any position.

Under the hood, you’re looking at a Helio G80 spec, MediaTek’s entry-level gaming-focused SoC that debuted last year and can also be found in devices such as the Realme 6i, Xiaomi Redmi 9, and Samsung Galaxy A22. It includes two Cortex-A75 cores for demanding tasks and six Cortex-A55 efficiency cores that take care of less-intensive tasks. It boasts an ARM Mali-G52 MC2 GPU as well, which is the same graphics chip the Helio G85 carries, except the latter boasts a higher clock speed than the Helio G80. In terms of real-world performance, the G80 and G85 are pretty much identical.

For most gamers, the Tecno Spark 7 Pro won’t disappoint in the budget-price bracket. It handles casual games with ease, while many demanding titles run fine for the most part. There will be frame drops if you play Genshin Impact and Marvel Future Revolution at higher settings, but they’re still largely playable with the graphics set to Medium or lower. 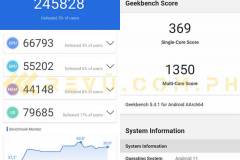 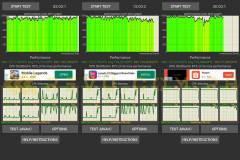 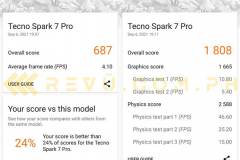 The smartphone packs a 5,000mAh battery inside for a two-day battery life, and perhaps a little further beyond that if its power-saving features are enabled. With testing, we found the Spark 7 Pro’s battery life to be top-notch. Our unit lasted days off a single charge without requiring a connection to the power brick.

The standby battery drain is minimal, and the company offers plenty of options to stretch the battery life, too, including those that disable specific functions and background data to get more mileage out of a charge. You can even schedule when your device switches to Airplane mode, preventing you from making calls, receiving texts, and connecting to a Wi-Fi network.

A triple-camera array is typical for a budget handset these days, so it’s not surprising to see one on the back of the Tecno Spark 7 Pro. 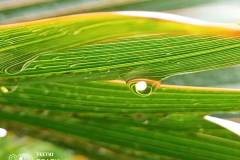 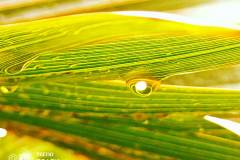 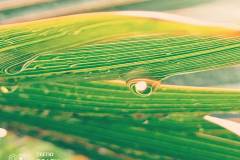 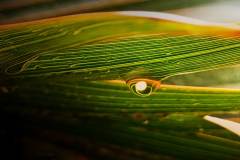 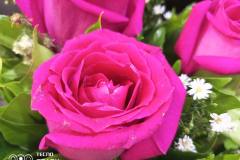 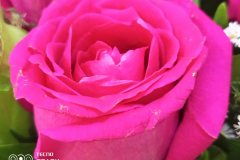 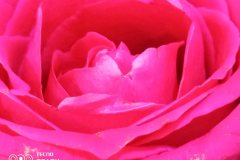 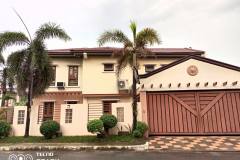 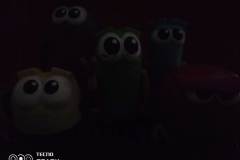 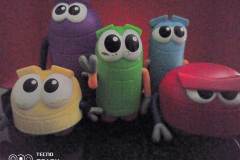 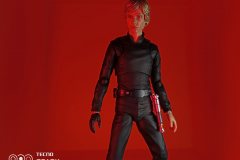 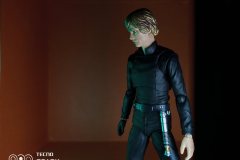 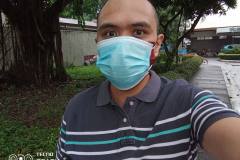 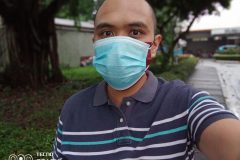 Shot on the Tecno Spark 7 Pro

What pleasantly surprised us is how good the main camera is when shooting in favorable lighting. There’s a 48-megapixel unit, which captures 12-megapixel binned images by default to get better colors and detail especially in low light, joined by a 2-megapixel bokeh shooter and an AI sensor. You also get an 8-megapixel sensor in the punch-hole camera for selfies.

Pictures look good up front, especially in daylight. But on zooming in, you might notice a lack of detail in 2x and 5x photos. Selfies are reasonably sharp and detailed, with decent exposures and natural-looking skin tones in ample lighting.

Looking at the camera app, the Spark 7 Pro is capable of decent low-light shots, thanks to Super Night Shot mode. It has Time-lapse, Video Bokeh, and 2K modes for creative shooting options, too.

If you’re after an excellent all-around phone that brings big savings, the Tecno Spark 7 Pro is as good a choice as any. Its stylish exterior and 90Hz refresh rate are rarities at this price point, while most of the other specs on the product sheet, including the gaming-capable MediaTek Helio G80 chipset under the hood and long-lasting 5,000mAh battery, are attractive selling points.

Of course, there are plenty of other excellent options for bargain hunters out there, but we feel that the Spark 7 Pro stands as one of the better choices in the segment.