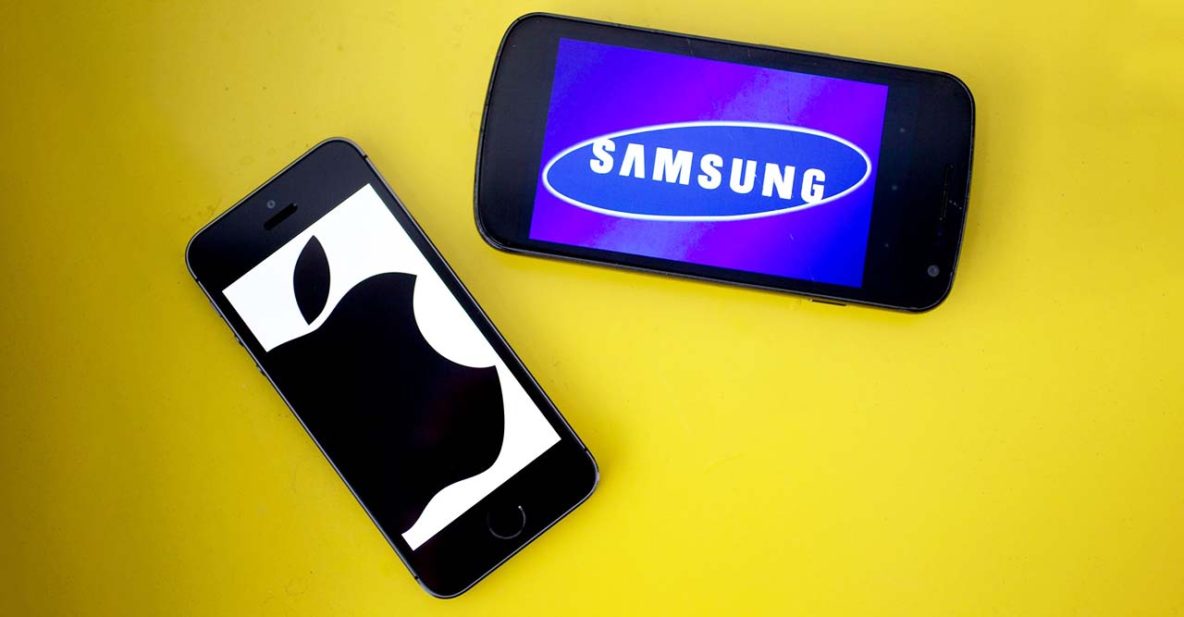 ONE company’s misfortune could lead to another manufacturer’s success. In this case, Samsung’s Galaxy Note 7 problem caused the tech giant to settle for second place in the smartphone category in the fourth quarter of 2016.

According to research firm Strategy Analytics, Apple dislodged Samsung last quarter to become the new largest smartphone vendor in the world. It shipped 78.3 million devices, up from 74.8 million shipments in the same period in 2015 and narrowly beating its Korean rival’s 77.5 million units. It was the best performance of the Cupertino-based company’s iPhone for over a year.

Samsung, meanwhile, lost its momentum in the fourth quarter because of the Note 7 battery fiasco. Despite its performance in the last three months of 2016, Samsung managed to sell 309.4 million Galaxy phones last year. The number was down from 319.7 million units in 2015, but still trumped Apple’s 215.4 million iPhone shipments. 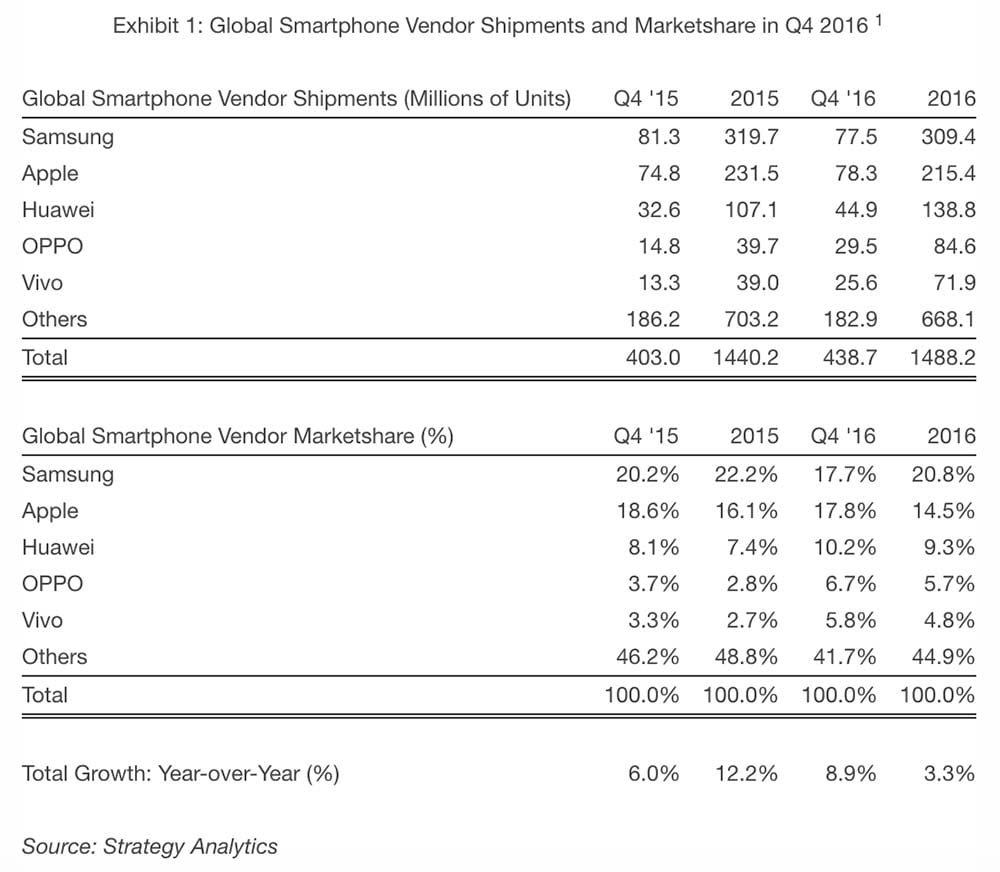 If you look at the table above closely, you’d find that Chinese smartphone manufacturers performed better than Apple and Samsung in the fourth quarter of 2016. While the latter two companies’ respective market shares dipped from the same period in 2015, Huawei, OPPO, and Vivo experienced key gains.

While the respective market shares of Apple and Samsung dipped from the same period in 2015, Huawei, OPPO, and Vivo experienced key gains.

For the first time, Huawei finally broke double-digits in market share, getting 10.2 percent of the smartphone pie. Recall that Richard Yu, the head of its consumer-electronics business, said earlier that the manufacturer plans to become the No. 1 smartphone supplier by 2020. If Huawei doesn’t make any missteps — and it can finally penetrate the U.S. market — that ambition might just be realistic.

Fourth-placer OPPO, for its part, experienced the highest increase of the three, almost doubling its number of shipments from 14.8 million devices in the fourth quarter of 2015 to 29.5 million units last quarter.

Vivo, on the other hand, achieved a 2.5-percent market-share growth.

Will we see another upset in the next few quarters as Samsung tries to reverse its misfortune with the upcoming launch of the Galaxy S8? Let’s all grab a tub of popcorn, sit back, and watch what happens.