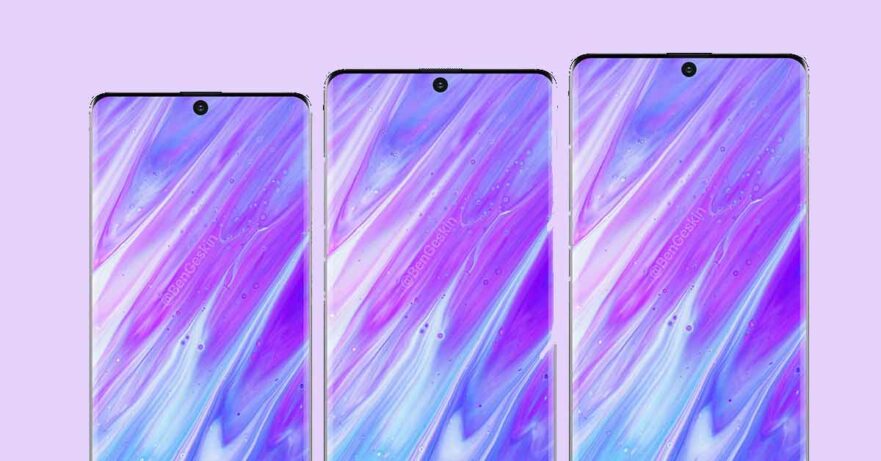 The Samsung Galaxy S11 series might be months away from its release (think mid- to end-February 2020), but the leaks have started to trickle in. The newest information comes from prolific leaker Evan Blass — or @evleaks, as he’s known on Twitter — who has shared screen-size information on the upcoming flagship phones.

All models will reportedly have curved-edge displays, meaning the flat panel seen in the Samsung Galaxy S10e will not be making a comeback.

Blass claims the two smaller models of the Samsung Galaxy S11 series will support both 4G and 5G, while the 6.9-inch version will only come with a 5G option.

Samsung is gearing up for this launch. The company just trademarked the SAMOLED display type with the Korean Intellectual Property Office and the United States Patent and Trademark Office.

In Korea, the trademark application has been classified as Class 9/11 with a description that mentions OLED display, smartphone display, monitor, television screen, digital signage, and computer screen. This filing could mean the Galaxy S11 models will feature the SAMOLED display. What the “S” stands for is unclear at the moment.

One of the previous rumors surrounding the S11 includes the arrival of the company’s 108-megapixel sensor on its flagship line. Software development community XDA Developers found a mention of this resolution mode in the Samsung Galaxy camera app, suggesting that the Galaxy S11 series will come equipped with the said sensor. It’s the same one used by the Xiaomi Mi Mix Alpha and Mi CC9 Pro, whose global version is called the Xiaomi Mi Note 10.

Other leaks include the following:

Size comparisons based on leaks: Samsung Galaxy S11 series vs other smartphones

Please notice that phones will be similar in width = grip, but displays much larger due to taller aspect ratio: 19:9 in S10 vs 20:9 in S11 pic.twitter.com/oyYOXuZw8I

When compared with their predecessors