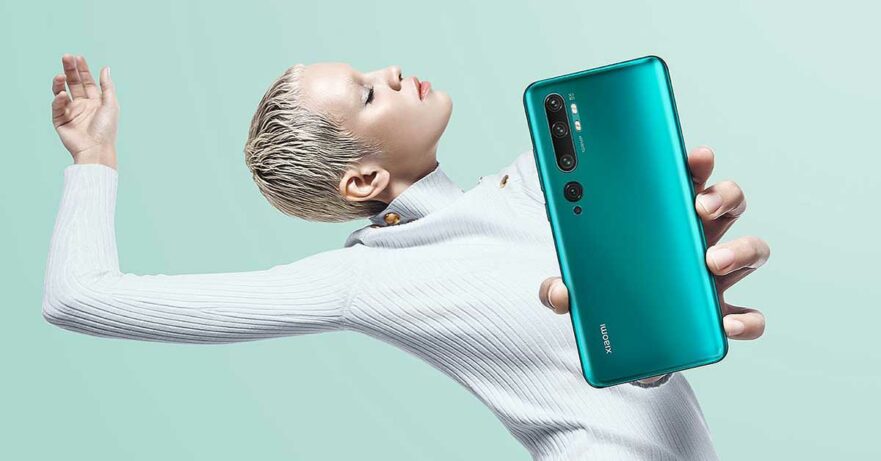 Xiaomi Philippines officially launches the Mi Note 10 — or the global version of the Mi CC9 Pro — with a price tag of P25,990 (around $509). The Xiaomi Mi Note 10 is the world’s first smartphone sporting a 108-megapixel penta-camera setup.

(Update, May 22: The Lite model is coming to the Philippines! Read Xiaomi Mi Note 10 Lite PH launch set for May 26.)

The handset will be available starting December 12 at Mi Authorized Stores and Mi Zones and on Lazada in Midnight Black, Glacier White, and Aurora Green colors.

Xiaomi co-developed the 108-megapixel primary sensor with Samsung to produce higher-quality images at a quarter of the advertised resolution. It’s paired with a 20-megapixel ultra-wide sensor, a 2-megapixel macro lens, and two zoom cameras for 2x optical zoom and another for 5x lossless magnification.

There is also a 32-megapixel sensor housed in the cutout on top of the screen, which is a 6.47-inch curved AMOLED panel with an integrated fingerprint sensor.

You can get more than a day’s worth of use from this phone with its substantial 5,260mAh battery, which supports 30-watt fast wired charging.

Xiaomi Philippines hasn’t indicated yet if it plans to bring in the Xiaomi Mi Note 10 Pro. This variant offers 8GB RAM, 256GB storage, and an 8P lens system that improves image quality, which helped it land the top spot — along with the Huawei Mate 30 Pro — on image-quality-rating site DxOMark’s list of smartphones with the best cameras.

Whether or not Xiaomi brings it in, though, it has been a good year for the company.

In the press release for the Mi Note 10’s announcement, the company revealed the consolidated results for the third quarter, which delivered the highest total revenue for Xiaomi since its founding. It achieved 17.2% year-on-year growth to ¥26.1 billion (P188 billion or $3 billion).

SEE ALSO: Xiaomi No. 7 on list of 50 firms with greatest growth potential and And the top smartphone brands in Q3 2019 are…

Plus, its net profit for this year’s first three quarters, which is at 48.7%, has already exceeded the full net profit of 2018.

Xiaomi also boasts that market-research firm Canalys has included the brand in the top five rankings in over 40 countries and regions in terms of smartphone shipments.