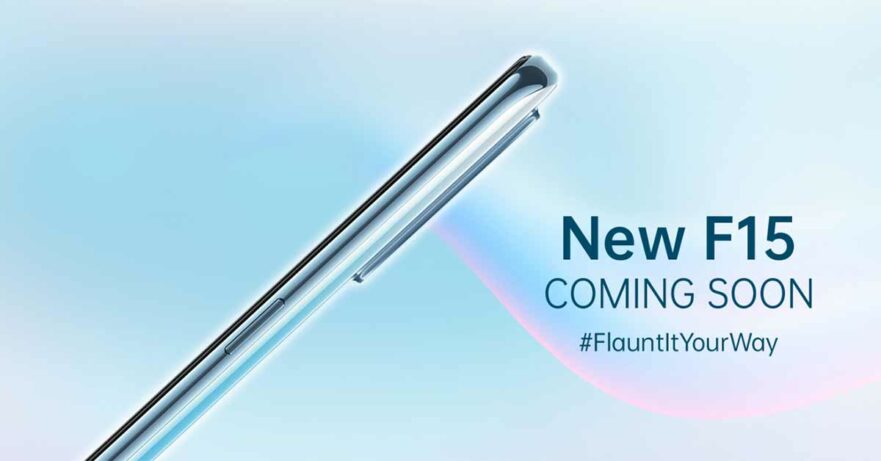 Apparently, OPPO is not done with its F series yet — at least in India. It announced in its official social media accounts that it will launch the OPPO F15 in the Southern Asian country early next year.

The yet-to-be-unveiled smartphone will be the direct successor to the OPPO F11 and F11 Pro, which made their debut March 2019.

SEE ALSO: OPPO A91, OPPO A8 priced starting at around $171 and OPPO Enco Free review: Great features at a budget-friendly cost

The company also showed off the OPPO F15’s design in a teaser video for the Indian market, and it seems like the upcoming handset will look similar to the A91, which OPPO recently launched in China. They might share the same internals, too.

The OPPO A91 features a 6.4-inch FHD+ Super AMOLED screen with a 20:9 aspect ratio and a waterdrop notch up top for the 16-megapixel selfie camera. There’s also a fingerprint scanner underneath the display for biometric authentication. Around the back, the A91 has a quad-lens camera system with a 48-megapixel main sensor.

The handset is powered by a MediaTek Helio P70 processor, just like the OPPO F11 phones before it, while the battery is rated at 4,025mAh and supports 30-watt fast charging. It is already available in China for a suggested retail price of ¥1,999 (about P14,539 or $287). The color options are blue, red, and black.

We had previously been told that OPPO would no longer continue the F series in the Philippines, so the A91 could be rebranded as the follow-up to the A9 2020. This might mean that the OPPO F15 will be limited to the Indian market — and possibly in a few other countries as well.