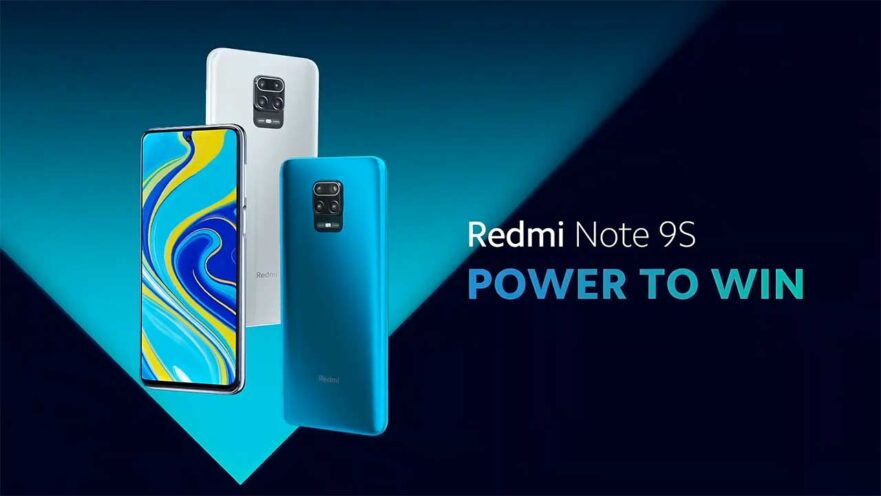 Xiaomi has formally announced the Redmi Note 9S for international markets. This is the successor to the Note 8 series, which, according to market data, was the best-selling Android smartphone of the last quarter of 2019.

(Update, May 4: Its local price and availability have been announced! Read Redmi Note 9S price in the Philippines revealed.)

Previously, the phone was believed to be a rebranded Redmi Note 9 Pro, which launched in India last week with a starting price of ₹12,999 (around P8,760 or $170 converted). It turns out the rumors were on point. The new Redmi is indeed virtually identical to the Redmi Note 9 Pro.

Just like the other smartphones in the Note 9 lineup, the Redmi Note 9S has a 6.67-inch LCD screen with a full HD resolution and 20:9 aspect ratio. Xiaomi says the screen-to-body ratio is 91%, while the brightness goes up to 450 nits. Unfortunately, the refresh rate is 60Hz, meaning it’s not as smooth as the display on the Redmi K30, or the Realme 6, which the Redmi Note 9S will go head to head with. The panel is also layered with Corning Gorilla Glass 5 for added protection and peace of mind.

The back of the phone has Gorilla Glass 5 as well, and even the lens glass of the rear-facing setup gets the same protective glass. The body also gets splash-resistant nano coating to give it extra protection against water damage.

In case you missed the Redmi Note 9S online launch. Program starts at the 35:00 mark of the video

The Redmi Note 9S has the same rear camera system as the Note 9 Pro, so it pairs a 48-megapixel camera sensor with an 8-megapixel ultra-wide camera and depth and macro sensors. The front-facing camera is 16 megapixels and sits in a punch hole in the top middle of the screen.

Powering the Note 9S is a 5,020mAh battery that supports 18-watt fast charging using the bundled USB-C charger. Xiaomi quotes 20.5 days of standby time, 26 hours of video playback, and 11 hours of PUBG Mobile gaming on a single charge, which is an impressive feat considering how much battery the game drains.

The Redmi Note 9S will hit stores globally and starts at $249 (P12,768) for the base unit with 4GB RAM and 64GB storage. The 6GB/128GB model goes for $279 (P14,306). It will be available online through AliExpress from April 7. There are three color options, namely Aurora Blue, Interstellar Gray, and Glacier White.

Prices and availability in the Philippines are unknown at this point because of the COVID-19-related lockdown, according to Xiaomi Philippines marketing manager Ava Castillo. But it’s a safe bet that they will try to bring the phone here as soon as they’re able to.

Additionally, Xiaomi will be releasing a limited-edition Redmi Note 9S with a special engraving on the back to commemorate the brand’s 10th Mi Fan Festival this year.