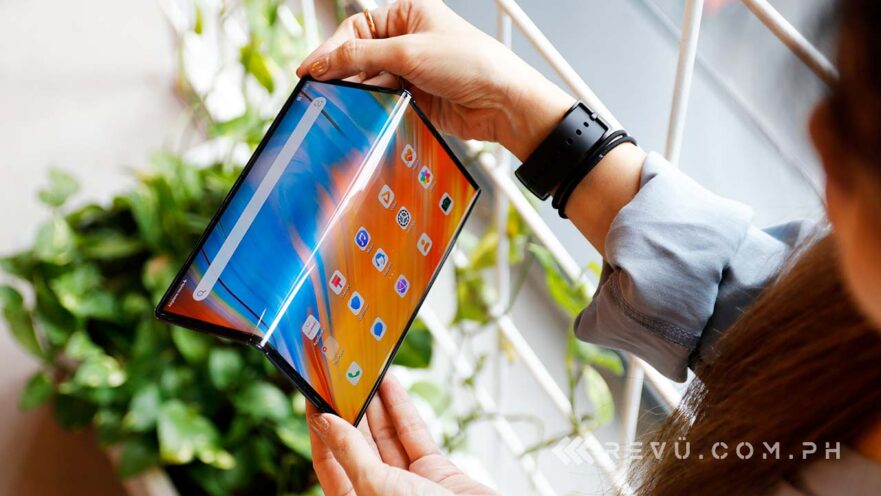 We had thought that Huawei‘s second foldable phone after the Mate X will initially be sold in the Philippines through a telco. We were wrong.

Launched globally a little over a month ago, the Huawei Mate Xs is already being offered on Lazada and Shopee and on the online stores of MemoXpress, Silicon Valley, Aerophone, and Intogadgets.

You get to have free 50GB of cloud storage for three months with each purchase of the unit. Huawei hasn’t mentioned other freebies except a pair of Huawei FreeBuds 3 valued at P8,990 ($177) for Lazada and Shopee customers.

The Huawei Mate Xs stills looks similar to the Mate X, but don’t be fooled; this new model brings with it a better folding screen, with the crease where the display bends up to 180 degrees is barely visible. The hinge has been redesigned to make it more durable. There are four cameras instead of three. It’s already running Android 10-based EMUI 10. And it’s now more powerful, thanks to the Kirin 990 chip with integrated 5G modem.

Of course, you can always opt for the new Huawei P40 Pro or Huawei P40 if you need a Huawei flagship smartphone that’s only priced at around P50,000 ($987) or less.