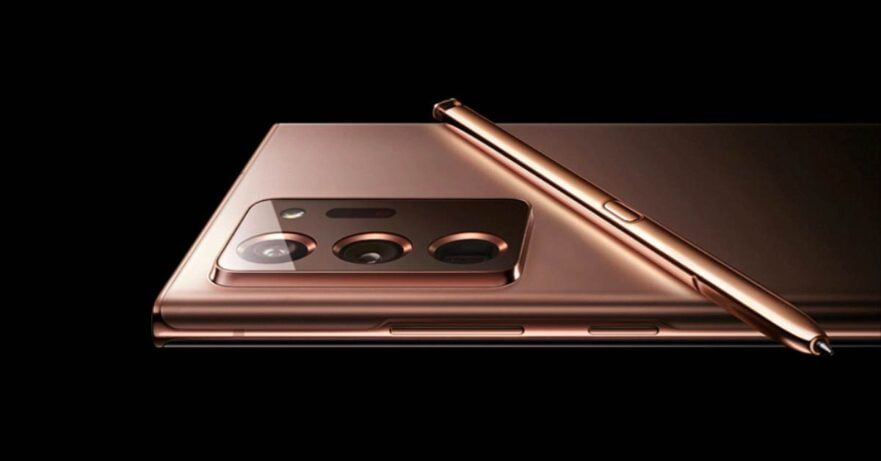 Samsung, reports say, will likely announce its next Note flagship on August 5, along with the Galaxy Z Flip 5G and Galaxy Fold 2. The Samsung Galaxy Note 20’s design has also been revealed by the company’s own Russian arm.

The upcoming phone with the iconic stylus has been accidentally “leaked” in its Mystic Bronze finish. It is also understood to launch in green, purple, black, gray, and white finishes and will feature three or four large camera lenses on the back, possibly with the same 108-megapixel primary sensor Samsung included in the Galaxy S20 Ultra.

What about the price?

Curiously, those prices fall in line with Samsung’s pricing strategy for the Note 10 phones. It’s also interesting to note that the Ultra moniker from the S20 line might make its debut on the Note series, which means there’s probably not going to be a Note 20 Plus this year.

As for the rumored specs…

Additionally, the new Note 20 smartphones are expected to incorporate an ultrasonic fingerprint scanner into the display.