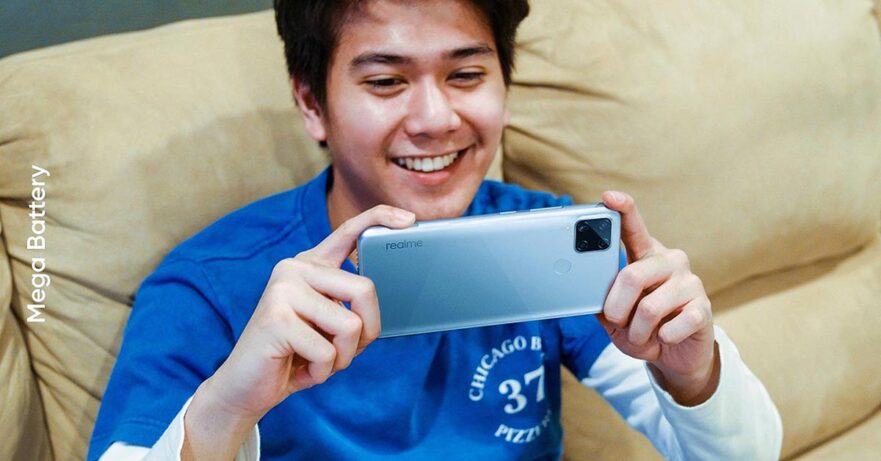 Another Realme C series phone has gone official, and on paper, it looks to be another value-for-money product from the brand.

(Update, August 18: The Realme C15 is bound for the Philippines! Click on this for the local launch date.)

(Update, August 15: Another C series phone has been launched! Read New Realme C12 is like the Realme C15. How do they differ?)

And its main highlight is its 6,000mAh battery, which will last you, say, around 9.8 hours of playing Mobile Legends: Bang Bang. It can be used to charge other devices over a microUSB port. Yes, a microUSB, so the fact that the Realme C15 supports 18-watt fast charging and features battery optimizations is welcome news.

Under the hood is a MediaTek Helio G35, the same gaming-focused budget chip that powers the just-launched Realme C11 and Xiaomi Redmi 9C. The processor is paired with up to 4GB of RAM and 128GB of storage.

Up front is a 6.5-inch HD+ screen with a waterdrop notch for the 8-megapixel selfie camera. And on the back panel with a geometric gradient design is a 13-megapixel quad camera setup that looks like the one on the C11. But this time, the vertical band is gone and in goes the physical fingerprint reader.

Question now is this: Will the Realme C15 be launched in the Philippines as well? Considering that what’s usually released in neighboring countries like Indonesia becomes available here, too, we think it will be — but for a slightly higher price perhaps.