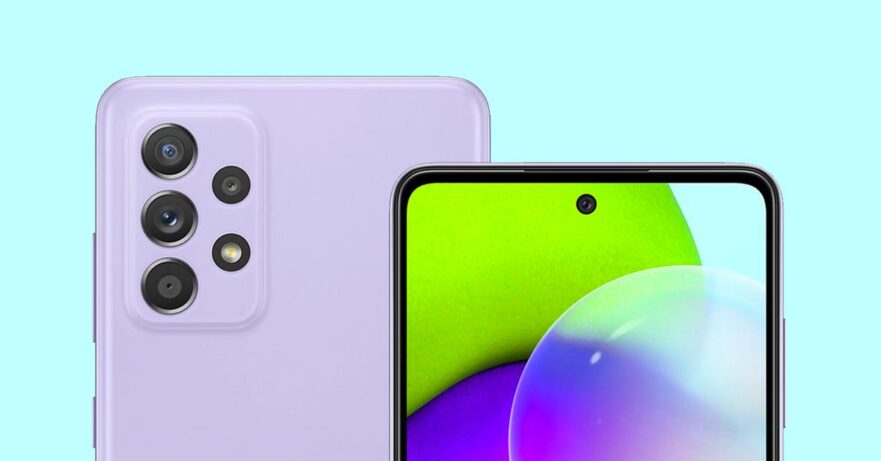 Or the alleged specs and prices of the Samsung smartphone’s 5G and 4G models, at least. But the source, Roland Quandt of Germany’s WinFuture, is someone who has a great track record when it comes to technology leaks, so we’re sharing with you what he has revealed.

Supposedly priced starting at €429 (roughly P25,210 or $520) in Europe, where gadgets are more expensive, the 5G variant is powered by Qualcomm’s Snapdragon 750G. It’s the same processor that’s inside the Samsung Galaxy A42 5G, which was released in the Philippines in December. The 4G version, on the other hand, packs a Snapdragon 720G chipset and will allegedly sell from €349 (P20,509 or $423).

The report says the Samsung Galaxy A52 comes with at least 6GB of RAM and 128GB of internal storage; a flat, 6.5-inch Infinity-O Super AMOLED display with a resolution of 2,400 x 1,080 pixels and an under-screen fingerprint sensor; a 32-megapixel selfie camera; and a 64-megapixel quad-sensor system on the back that has the ability to shoot 4K video.

The handset is also expected to feature a 4,500mAh battery with support for up to 25 watts of fast wired charging over a USB Type-C port, have an IP67 water- and dust-resistance rating, and run Android 11 out of the box.

The images Quandt has released corroborates what another reliable tipster, Evan Blass, showed weeks ago, one of which — the Amazing Violet color variant — we’ve embedded below. Other shades of the smartphone supposedly include Amazing Black, Amazing White, and Amazing Blue.

We at Revü already spotted the support pages of the Galaxy A52 alongside the Galaxy A32 and Galaxy A72 on the Korean company’s Philippine site, so it should only be a matter of time before we see the unit launched in the country.