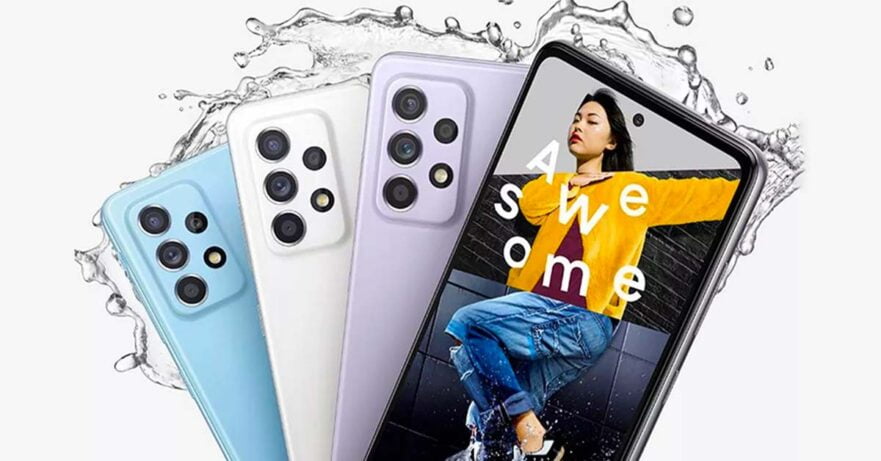 Samsung‘s latest Galaxy A series smartphones are scheduled to be revealed later today at the company’s second Unpacked virtual event of 2021, with the Galaxy A32, Galaxy A52, and Galaxy A72 expected to go official in a few hours. The Korean manufacturer has already soft-launched the Galaxy A32, so we don’t expect any surprises with regard to the latest model.

(Update: In an embargoed article Samsung Philippines sent after we published this story, it revealed that the Galaxy A52 5G is going to be available in the Philippines for P23,990 [$493] starting tomorrow, March 18. The Samsung Galaxy A32 4G, on the other hand, will be sold from this date.)

We might see the A32’s local pricing announced later, though, for both its 4G and 5G variants, which we’ve confirmed to be heading to the Philippines in earlier articles (see Galaxy A32, A52, A72 4G models listed on Samsung PH site and Galaxy A32 5G, Galaxy A52 5G appear on Samsung PH site).

But what about the successors to the Galaxy A51 and Galaxy A71, the aptly named Samsung Galaxy A52 and Samsung Galaxy A72? Apparently, both are already being sold in the Philippines at prices slightly similar to last year’s models. Or, at least their 4G versions are.

As for the specs, the A52 and A72 sport FHD+ Super AMOLED screens operating at 90Hz and measuring 6.5 and 6.7 inches, respectively. The bigger A72 also carries a 5,000mAh cell compared to the A52’s smaller 4,500mAh unit. Both devices are equipped with a 64-megapixel main sensor and a Qualcomm Snapdragon 720G processor, which powers many other handsets, including the Realme 7 Pro, Vivo V20, and Redmi Note 9 Pro. It’s a slower chip than the Snapdragon 732G inside the Redmi Note 10 Pro and POCO X3 NFC.

Unfortunately, the local prices of the Galaxy A32 and 5G variant of the Galaxy A52, which is believed to be built around the Snapdragon 750G like the Samsung Galaxy A42 5G, remain a mystery at the time of posting. There won’t be a 5G version of the Galaxy A72, at least for now.

Video: Livestream of the Samsung Galaxy Unpacked March 2021 event, happening at 10 p.m. on March 17. The Philippine event happened last week, but we chose not to go because it was an on-site, not a virtual, activity

You’ll find the rumored specs of the 4G editions of the Samsung Galaxy A52 and Galaxy A72 below. We’ll update them later after Samsung’s Unpacked event clears the dust.