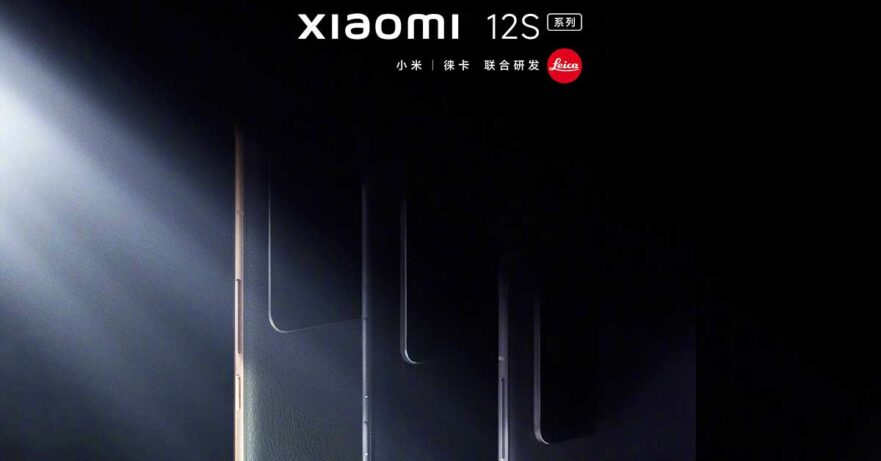 Now, it can be said: There is indeed a Xiaomi 12S series, and it’s the lineup that will debut Xiaomi‘s partnership with Leica. Better yet, it’s coming soon.

(Update, July 4: The Xiaomi 12S Ultra, Xiaomi 12S Pro, and Xiaomi 12S with Leica camera have been launched. Click on this for their respective prices and specs in China!)

According to the company’s post on Chinese social media platform Weibo, the Xiaomi 12S, Xiaomi 12S Pro, and Xiaomi 12S Ultra will be unveiled July 4. That’s a day ahead of the gaming-focused ASUS ROG Phone 6‘s global announcement, so at least one of the 12S series models might actually be the first to launch Qualcomm’s Snapdragon 8 Plus Gen 1, which promises a 10% CPU performance boost and a 30% improvement in power efficiency for the chip.

But of course, the main highlight here is Xiaomi’s partnership with Leica. The renowned German camera and optics manufacturer helped propel Huawei‘s status on the international smartphone market. The latter’s flagships figured in different camera-phone rankings. Now that the Huawei-Leica cooperation has ended with the P50 series and Leica’s already working with Xiaomi, we’re interested to see how big of an improvement the German brand brings to the table.

Anyhow, what else do we know about the upcoming lineup? Xiaomi said the 12S is a small-sized flagship, the 12S Pro is a 2022 new flagship standard, and the 12S Ultra offers the best in mobile imaging. It also teased the design of the three. It seems that they all have variants with a faux-leather back and the camera island of the Ultra is bigger than those of the other two models.

When will this series go global? (Update: It looks like the smartphones will be official on the international market on the same date, based on this tweet.) And will Xiaomi release at least one of them in the Philippines? Hopefully, we’ll get the answers on the 4th — but we’re not holding our breath.