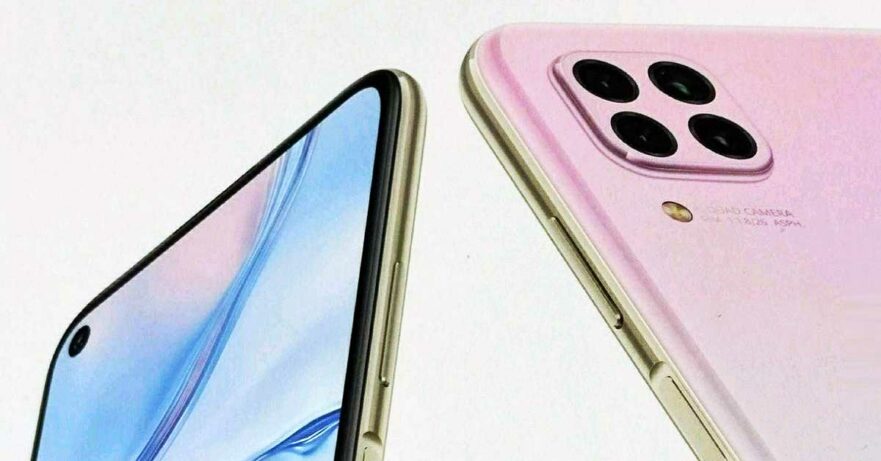 An upcoming Huawei device doesn’t just bear a similar name to an Apple handset; it looks like another iPhone model, too. Leaks about the Huawei Nova 6 SE show a design that looks very much like the iPhone 11, iPhone 11 Pro, and iPhone 11 Pro Max, just with four camera sensors.

But to be fair to Huawei, the company did kick off the squircle trend with the Mate 20 and Mate 20 Pro. And it stays true to its color scheme with a pink gradient finish for the back of the smartphone. The Nova 6 SE is also seen sporting gold sides and thin black bezels in front.

The front features a punch-hole camera on the upper left corner of the handset. If the display is made with an LCD panel, there won’t be an in-screen fingerprint scanner here. Instead, it might have a side-mounted one that also works as a power button, similar to the those of the Huawei Nova 6 5G and Nova 5T.

Huawei Club (@ClubHuawei) and Teme (@RODENT950), known for their Huawei- and Honor-related tips, shared that the phone is expected to launch alongside the Nova 6 5G on December 5.

Unlike the 5G variant, the Huawei Nova 6 SE might be positioned as a midrange device with a rumored Kirin 810 processor powering it. The device could be inheriting some flagship features, though, like the 40-watt SuperCharge wired fast-charging technology seen in the Mate 30 series. We should hear more at the launch, or through leaks that will probably pop up before the event.

If the rumors are true, the Nova 6 SE will be the second Huawei phone with the SE suffix in its name. The first one was the 2018 Huawei Mate SE, which was a rebranded Honor 7X.