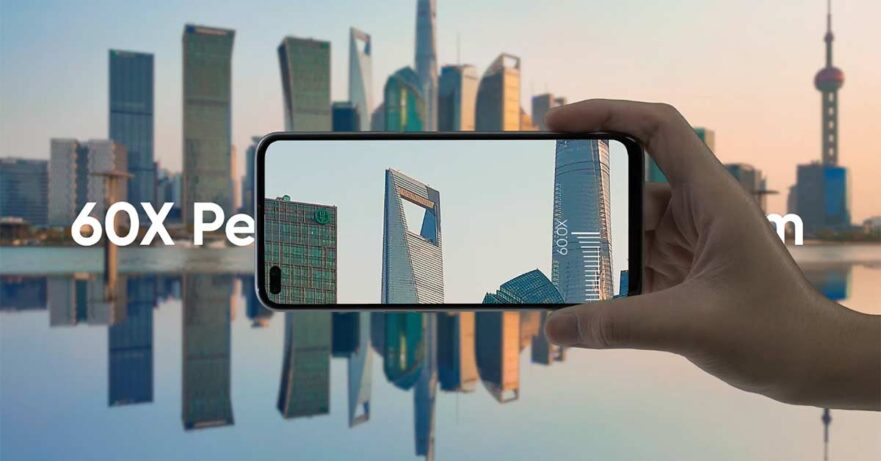 Realme‘s been busy lately. In the Philippines, we’ll see the Realme 6 and Realme 6 Pro become official tomorrow, May 26. Today in Europe, it launched a new smartphone — one that will arrive in the said region first before India or China.

(Update, July 9: Zoom, zoom! And the smartphone is official! Read Realme X3 SuperZoom with up to 60x zoom launched in the Philippines.)

This is the Realme X3 SuperZoom, and as you can already tell from its name, the highlight is its camera — its periscope zoom lens that can zoom in on subjects up to 60x; a Starry mode that’s quite similar to the Google Pixel 4‘s Astrophotography mode; and five Nightscape modes, in particular.

The periscope camera is something only premium devices like the Huawei P40 Pro and P40 Pro Plus, OPPO Find X2 Pro, and Samsung Galaxy S20 Ultra have.

But this handset is targeted at a different market, obviously. With some downgraded specs elsewhere, it’s easier on the wallet; it’s priced at €499 (around P27,666 or $547). And to think that consumer-electronic products in Europe are more expensive because of higher taxes.

The Realme X3 SuperZoom is powered by a Qualcomm Snapdragon 855 Plus, the same chip that powers previous-generation-yet-still-powerful flagships like the ASUS ROG Phone 2. The processor is paired with 12GB of RAM and 256GB of storage.

The phone also features a 6.6-inch screen with an impressive 120Hz refresh rate; 32- and 8-megapixel selfie cameras housed in a pill-shaped punch hole; a side-mounted fingerprint sensor; vapor cooling system; a battery that’s rated at 4,200mAh and has support for 30-watt fast charging; and Android 10 with Realme UI on top.

Preorders for the Realme X3 SuperZoom in Arctic White and Glacier Blue are already up on Realme’s website and at retail stores in Europe, with availability scheduled for June 2.

Video: Livestream of the Realme X3 SuperZoom launch. Program starts at the 4:38 mark