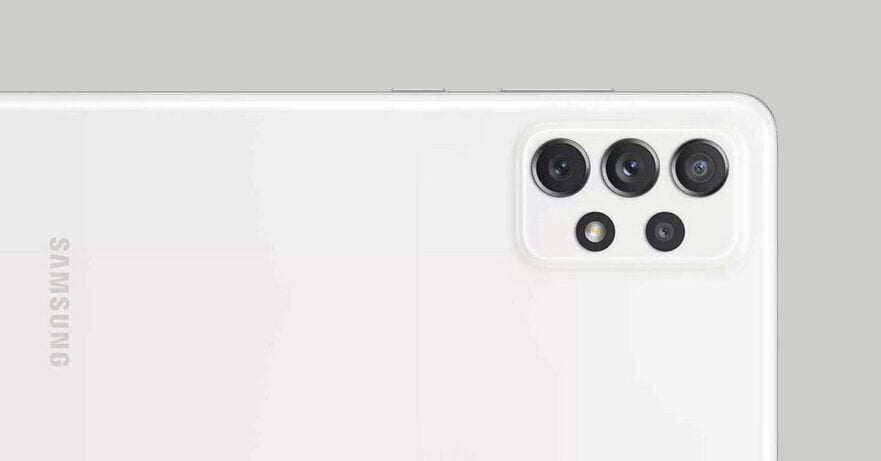 The most recent leak is the biggest to date, showing the A72 in what seem to be official renders of the smartphone. The report also comes complete with almost all of the specs of the upcoming Galaxy model. And we can’t ignore it, as it’s from a reliable source — Roland Quandt of German online technology publication WinFuture.

The images of the back panel reveal a unit that has four sensors placed in a rectangular module. The quad-camera system supposedly consists of 64-megapixel main, 12-megapixel ultra-wide, 8-megapixel telephoto, and 2-megapixel macro cameras.

The rear design of the Samsung Galaxy A72 appears to be different from that of the A71. Gone are the geometric and stripe patterns in varying shades of the latter. But the front seems to be the same, as the A72 still sports that single punch hole at the top center of the screen, which is now supposed to have a faster, 90Hz refresh rate. The yet-to-be-launched Samsung phone allegedly gets a 32-megapixel selfie camera, too.

Other claimed specs of the A72 include a Qualcomm Snapdragon 720G processor paired with up to 8GB of RAM and 256GB of storage; a 5,000mAh battery; an under-display fingerprint sensor; and Android 11.