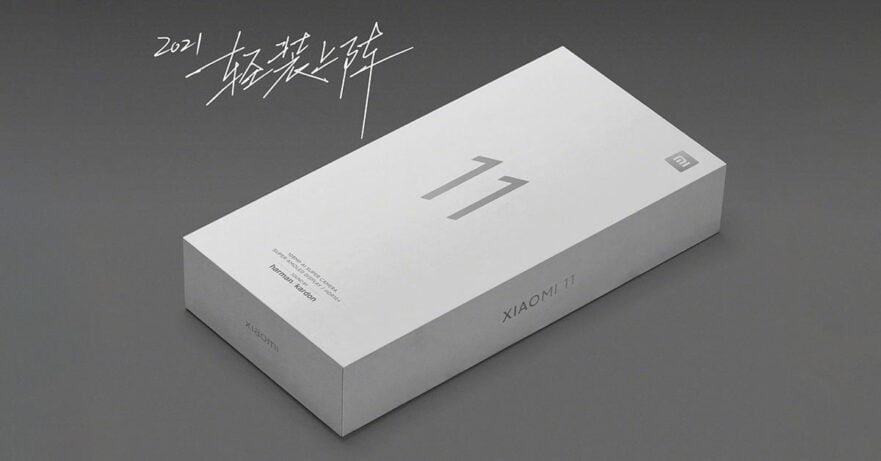 Remember when Apple launched the iPhone 12 series without a charger in the box, and then a lot of rival companies mocked the U.S. tech giant online? One of those companies happened to be Xiaomi, which recently confirmed it would follow Apple‘s footsteps with its upcoming flagship smartphone. Just as we predicted two months ago.

No less than Xiaomi CEO Lei Jun commented on China’s social site Weibo that the Mi 11 will have a new and smaller retail packaging that won’t include a power adapter when it hits stores. Like Apple’s Tim Cook, Jun cited environmental reasons for ditching the charger in the box of the Xiaomi Mi 11 series, which will launch December 28.

In case you missed Xiaomi’s post in October, right after Apple launched the iPhone 12 series

He also revealed the design of the box, along with some features we can expect from the top-end offering, including a Super AMOLED screen, a 108-megapixel main camera, Corning Gorilla Glass Victus, audio tuning courtesy of Harman Kardon, and MIUI 12.5. The Xiaomi Mi 11 also packs a Snapdragon 888 chipset, making it the first device to launch with Qualcomm’s Snapdragon 865 (and Snapdragon 865 Plus) successor inside.

Mi 11 Official Images Are Out Now.
Mi 11 Confirmed To Have Stereo Speakers. pic.twitter.com/ClXvnVsciD

According to reports, the Xiaomi Mi 11 will come with 55-watt wired fast charging. If true, it would make the omission of a power brick that harder to swallow, as customers would be missing out on a key feature unless they spend extra money on a charger with higher wattage, which Xiaomi conveniently sells separately.

And just in case it isn’t clear enough for you, 55 watts would be a stark difference from a regular adapter that outputs 10 watts. That’s like an additional hour or more to your charging time.

If rumors are accurate, Xiaomi isn’t the only one making permanent changes to its high-end smartphone business. Samsung will reportedly ditch the in-box charger, too, when it unveils next year’s Galaxy S21 lineup. You can count on other manufacturers to follow suit soon enough, and they’ll cite the same reasons for their no-charger policies.

Whether or not the trend that Apple started actually makes a difference is probably debatable, but you can be sure that it hasn’t deterred people from creating more waste by patronizing companies that sell power bricks in separate, sometimes unnecessarily large, boxes.