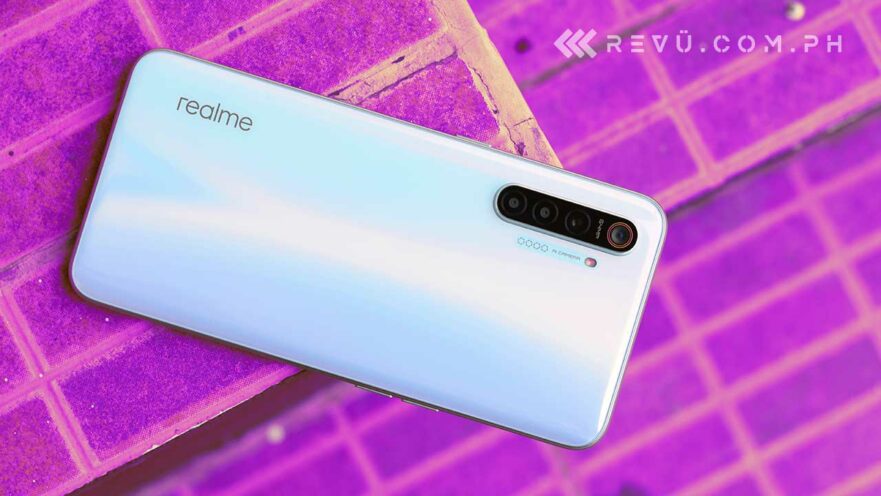 The Realme XT 64-megapixel quad-camera phone makes its debut in the Philippines. For a suggested retail price of P16,990 (around $333), you can own this smartphone in Pearl White or Pearl Blue. Preorders kick off today, both online and offline.

(Update, November 1: Our review is up! Read Realme XT review: The best Realme in PH yet.)

Lazada gets first dibs online, with preorders starting at 12 p.m. today, October 29, until 12 p.m. tomorrow, October 30. The online retailer will begin shipping the handsets on the 31st.

You can also place your order offline, at Realme concept stores and kiosks and select authorized stores, until November 8 to get free Realme Youth Buds worth P3,499 ($69). All you need is a P500 ($10) down payment. Claiming of units starts November 9.

The Realme XT can be considered the former OPPO sub-brand’s most ambitious release in the Philippines yet, particularly in the realm of imaging technology. Armed with four rear cameras and one in the notch, this phone offers the flexibility you need for taking pictures in different conditions. It’s worth pointing out the excellent shots we can get from its Nightscape mode (read: Night mode).

The Realme XT’s primary sensor takes 16-megapixel photos by default. It uses pixel binning to stitch four adjacent pixels to get better quality images at a quarter of the resolution. At the same time, this sensor allows usable results in just about any shooting scenario, including those where there is hardly any light. If you want to shoot in 64-megapixel, there is an Ultra 64MP mode that lets you take 9,216 x 6,912 resolution photos.

The main camera is a 64-megapixel Samsung Isocell Bright GW1 sensor, which is also in the Redmi Note 8 Pro and Vivo NEX 3. The Xiaomi is already locally available, while the latter is launching in the country later today.

Besides the main shooter, there is an 8-megapixel ultra-wide camera, a 2-megapixel macro lens, and a 2-megapixel depth sensor. Nestled in the notch is a 16-megapixel front-facing camera.

Similar in a lot of ways to the Realme 5 Pro, the Realme XT runs on a Qualcomm Snapdragon 712 processor and ColorOS 6 based on Android 9 Pie. It has a 4,000mAh battery with VOOC 3.0 fast-charging technology. And while it has multiple RAM and storage configurations, we are getting the 8GB/128GB model here.

The smartphone features a 6.4-inch display with Corning Gorilla Glass protection and a 2,340 x 1,080 resolution. It’s the first Realme device to have a Super AMOLED screen. Plus, it integrates an always-on function and a fingerprint scanner into the screen.

The launch of the Realme XT follows the successful release of the recently launched Realme 5 and Realme 5 Pro. We’ve been using it for about three weeks now, so expect our full review this week.